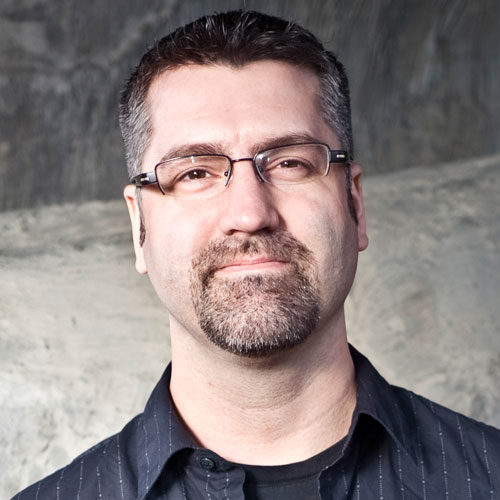 Nick Finck is a long term friend of Clearleft, from the early days of SXSW (when it was good). He’s been working as a design leader for some of the biggest tech companies on the planet, and has developed a keen sense for what makes a good designer. He’s going to share these secrets (and more) in a fantastic session for anybody looking to update their CV, refresh their portfolio, and get ready for the next job.

Whether you are entering the UX field or have been practicing for years, there is always that uncomfortable moment where you ask yourself “where is my career going?” Maybe you already know the answer, but your next question is likely to be “how do I get there?” How do you go from loving what you do to getting paid to do what you love? You're not alone— I've been there too. The goals of this workshop are to help you make a smooth transition into a UX role and to establish a clear career path that you can work towards. How do you give a good presentation of your portfolio? How do you interview effectively with both design leadership and technical leaders alike? How do you know if you are good at what you are aiming to do?

This 3-hour hands-on, interactive workshop will walk you through these challenges and help you progress your UX career.

Areas this workshop will cover:

What insight you will gain:

Come ready to learn, bring your sketching tools (I encourage drawing during this workshop), and plan on interacting and sharing with fellow attendees in a safe and constructive space.

Nick Finck is a user experience professional who has worked in the web industry for over a decade. He specialises in information architecture, interaction design, usability and user research for web and mobile. Nick has created web and mobile experiences for Fortune 500 companies including Adobe, Intel, REI, Boeing, Google, and Oprah.com. He lives and plays in Seattle, Washington, where he’s a Product Design Manager at Facebook.

Prior to working at Facebook, Nick was the Senior Manager and Head of User Experience at Amazon Web Services. Before that he was the Director of User Experience at a number of agencies including Ubermind, projekt202, and Deloitte Digital. Prior to that he was founder of Blue Flavor, a user experience consultancy that launched one of the very first web applications for the iPhone.

Nick was the publisher of Digital Web Magazine, an online publication for web professionals, for ten years. His is a founding backer of projects such as Center Center and We Make Seattle. He is actively involved in the web community, helping as adviser to such events as SXSW Interactive, the Information Architecture Summit, WebVisions, and InfoCamp Seattle. He contributed to the WaSP InterAct Curriculum and has advised UW on their iSchool curriculum. Nick has also judged The Webby Awards, the SXSW Web Awards, and more.