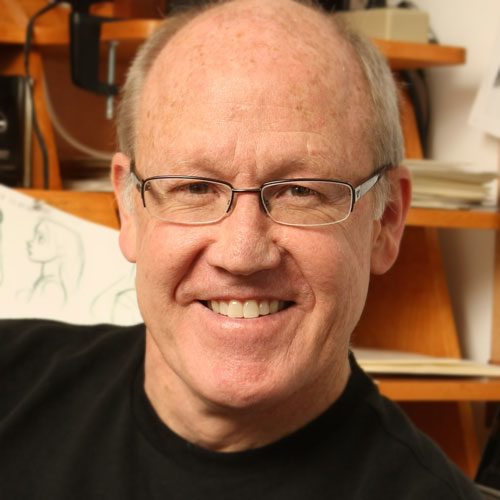 Among UX practitioners, Rebecca Ussai and Glen Keane’s presentation on animation techniques was the highlight of SXSW. So we’re pleased to bring them over to UX London for a second outing.

The Principles of UX Choreography

The Principles of UX Choreography is a new paradigm developed by Rebecca Ussai of R/GA and Legendary Animator, Glen Keane. Influenced by Disney’s 12 Principles of Animation and the most important communication points of user experience design, UX Choreography helps designers think about how to design with motion in order to craft experiences that are more intuitive, realistic, emotional, and enjoyable. Together, Rebecca and Glen will illustrate these principles and help the audience find a deeper story in all of their work.

A 38 year veteran of Walt Disney Feature Animation, Glen Keane is most noted for creating and animating such legendary Disney characters as Ariel in The Little Mermaid, Aladdin, Pocahontas, the Beast from Beauty and the Beast, and Tarzan. Glen also served as Supervising Animator and Executive Producer on Tangled.

He joined Disney in 1974 where he trained under Walt Disney’s legendary animators Ollie Johnson, Frank Thomas and Eric Larson. Glen began his journey animating scenes on The Rescuers before being promoted to directing animator on The Fox and the Hound. Glen is the recipient of the 1991 National Cartoonist Society Animation Award, 2008 Windsor McCay Award for Lifetime Achievement in Animation, the 2012 Tex Avery Award, and was a 2013 Disney Legend Award honoree for his contribution in Animation.

In the spring of 2012, Glen decided to leave Disney in pursuit of further artistic exploration and launched Glen Keane Productions. The following year, Keane created Duet, a hand-drawn interactive film, for Google’s Spotlight Stories. He continues to create his personal projects that push the boundaries of animation.